To establish communication with Modbus RS485 devices, the RS485 connectors are terminated and installed as shown below. 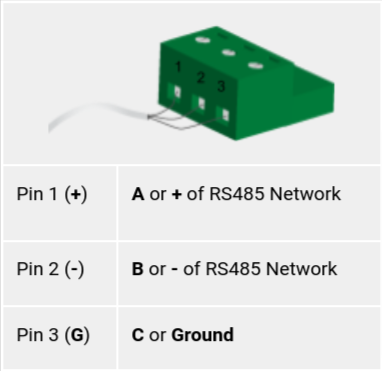 When Networking multiple devices on an RS485 network, each controller is connected in a `Daisy Chain`.   Controllers that are connected between 2 other controllers will have 2 wires (one from the previous controller and one from the next controller) in the same terminal.  Ensure A/+ and B/- wires are kept consistent for all controllers on the network. 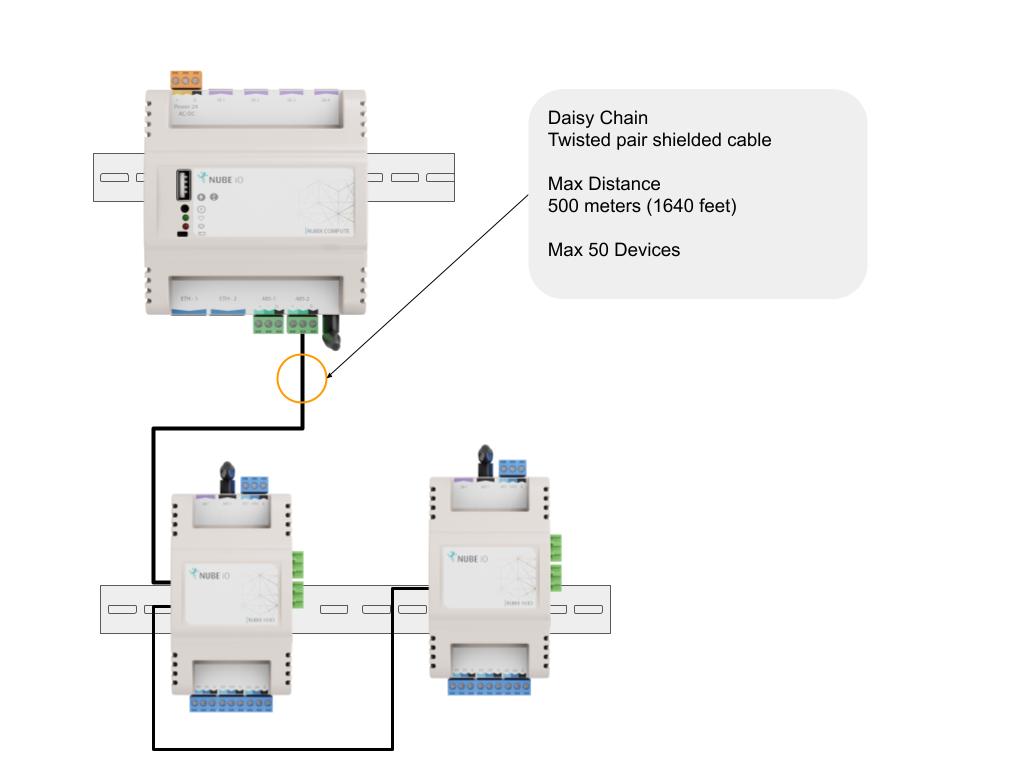 Warning:  Inverting the A/+ and B/- connections of the devices on an RS485 network may prevent it and other devices on the network from functioning correctly. 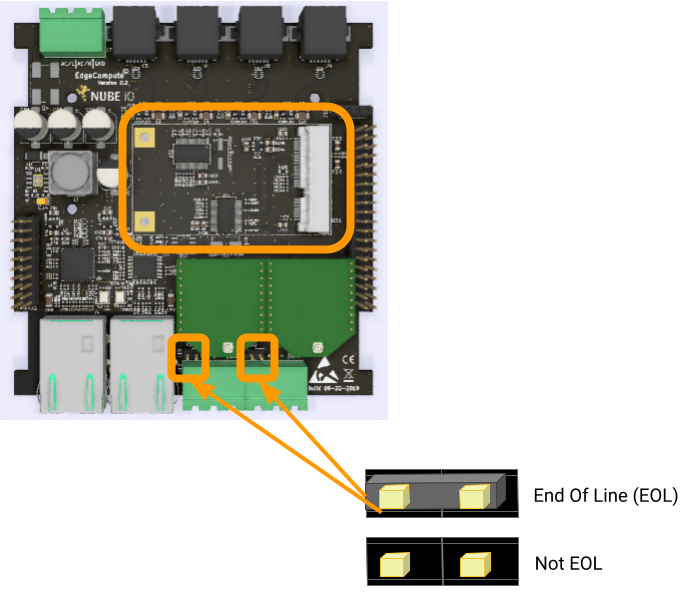 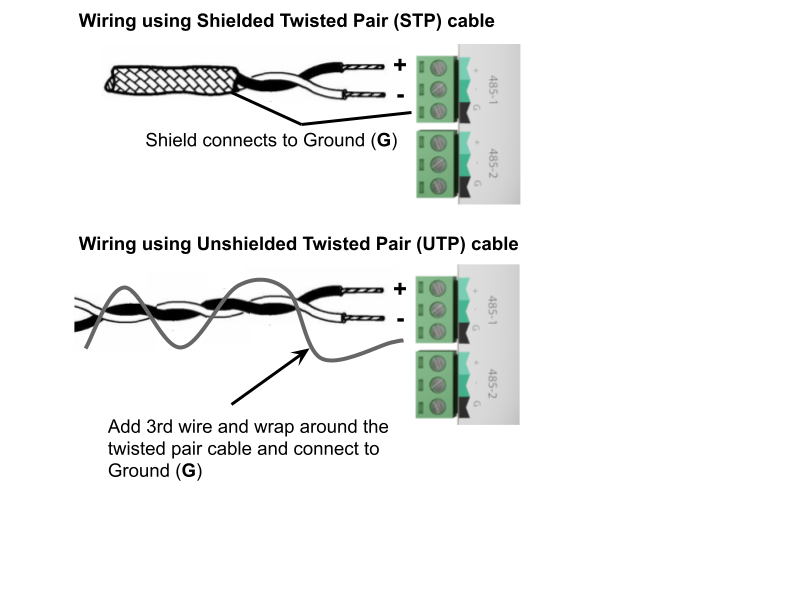